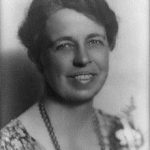 “You gain strength, courage, and confidence by every experience in which you really stop to look fear in the face. You are able to say to yourself, ‘I lived through this horror. I can take the next thing that comes along.” – Eleanor Roosevelt

It’s easy to let fear stop you from taking right action and pushing your comfort zone. The key is to feel the fear and do it anyway. The more you push forward when things scare you and overcome them, the better you are equipping yourself to handle the inevitable scary or uncomfortable situation in the future. When you prove to yourself that you can at least make an attempt at any situation you will exude confidence. 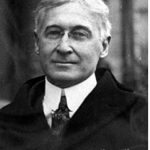 “Those who mind don’t matter, and those who matter don’t mind.” – Bernard M. Baruch

Supportive relationships are one of the keys to a successful life. It’s no secret that we are very social beings. The people in your life who are closes to you and matter most don’t mind if you slip up every once and awhile. And the people who do mind really aren’t worth the energy to get close to in the first place. Letting go of caring what these people think of you goes a long way to being able to accept your actions and imperfections, a sign of a confident person. 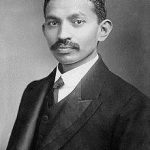 “Man often becomes what he believes himself to be. If I keep on saying to myself that I cannot do a certain thing, it is possible that I may end by really becoming incapable of doing it. On the contrary, if I have the belief that I can do it, I shall surely acquire the capacity to do it even if I may not have it at the beginning.” – Mahatma Gandhi

Your thoughts are very powerful for determine what you are and aren’t capable of. There is a principle in modern psychology called cognitive dissonance which describes the feelings of discomfort you get when you hold two or more conflicting beliefs, ideas or values simultaneously. If you tell yourself you can’t do something, your mind actually goes to work on making sure that belief becomes true so that it can avoid cognitive dissonance. 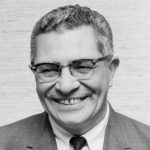 “Confidence is contagious. So is lack of confidence” – Vince Lombardi

Your confidence or lack of confidence will infect the people around you. People are drawn to people who are more sure of the world than they are. We are all looking for someone who seems like they can lead us where we are trying to go. If you are confident in your ability to handle the situations life presents you with you will attract people in droves. On the other hand if you seem unsure of yourself and constantly question all of your decisions people will lose trust in you and distance themselves.

“Accept who you are; and revel in it.” – Mitch Albom

Nobody is as good at being you as you are and everyone else is taken. When you can accept yourself for your flaws as well as your gifts you will naturally communicate with authenticity. Confidence comes from loving who you are and holding no part of yourself back. 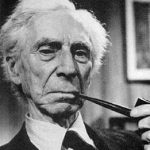 “Do not fear to be eccentric in opinion, for every opinion now accepted was once eccentric.” – Bertrand Russell

It’s in our nature to resist change; even if the change is a slight deviation in the thinking about a common problem or situation. You cannot be afraid to express the unique lens with which you view the world. Having an opinion that runs counter to the norm can be difficult and you are often criticized but every great idea that moves to change the world starts out being widely criticized. Confidence in yourself is confidence in your interpretation of reality, even if it’s not popular. 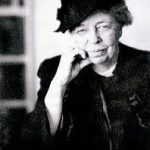 “You wouldn’t worry so much about what others think of you if you realized how seldom they do.” – Eleanor Roosevelt

People are too busy thinking about themselves and worrying about what you think of them to form an opinion of you yet it’s very common for people to enter a room with the feeling that all eyes are on them and that everyone is judging their behavior and watching their every move. The truth is that everyone is too absorbed in thinking about how they come off to other people to reflect on how people are coming off to them. 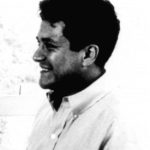 Where you put your attention largely determines what your experience of life will be. If you concentrate on all the negative stuff that is going on around you, you will become a bitter pessimistic toll of that world. If you shift your focus of the world to the beauty inherent in every moment regardless of the circumstances you will reinforce the strength and optimism you have inside. Each choice of perspective takes the same amount of effort and leads to two totally different outcomes. 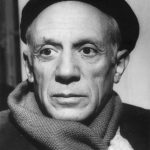 This quote really highlights the power of belief. Pablo was instilled with great confidence from a young age. This enabled him to throw himself whole heartedly into his work knowing he would become great at whatever he did. Follow your passions knowing that you cannot fail and confidence is an inevitable byproduct. 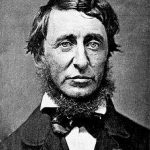 “Go confidently in the direction of your dreams. Live the life you’ve imagined.” – Henry David Thoreau

It can be difficult to follow your dreams. This often takes deviating from the socially conditioned grooves society has set up for us. It can be scary to burn your bridges in one area and step out into the unknown. I’ll leave you with one last quote that speaks for itself. 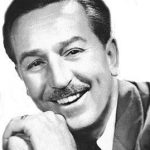 “Somehow I can’t believe that there are any heights that can’t be scaled by a man who knows the secrets of making dreams come true. This special secret, it seems to me, can be summarized in four Cs. They are curiosity, confidence, courage, and constancy, and the greatest of all is confidence. When you believe in a thing, believe in it all the way, implicitly and unquestionable.” – Walt Disney